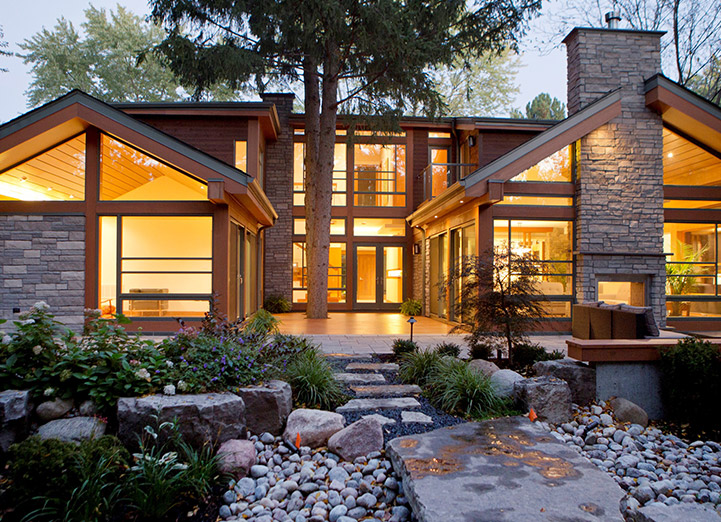 Our design and planning philosophy promotes sustainable living and working environments through creative and responsible programs that deliver unique residential, commercial and industrial urban developments by: 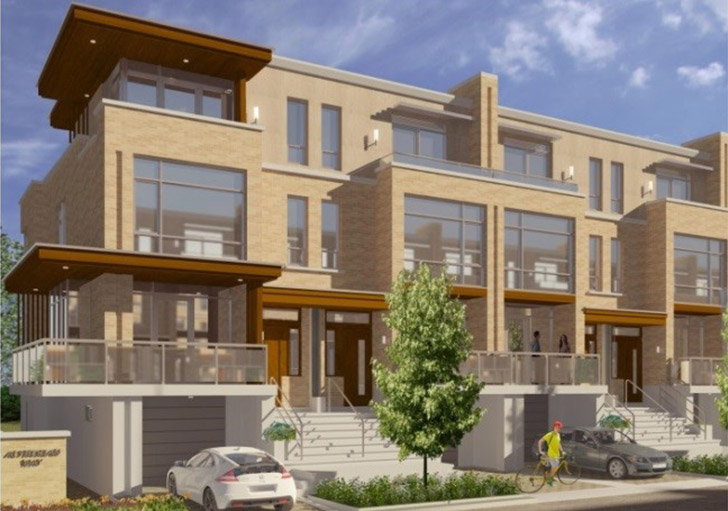 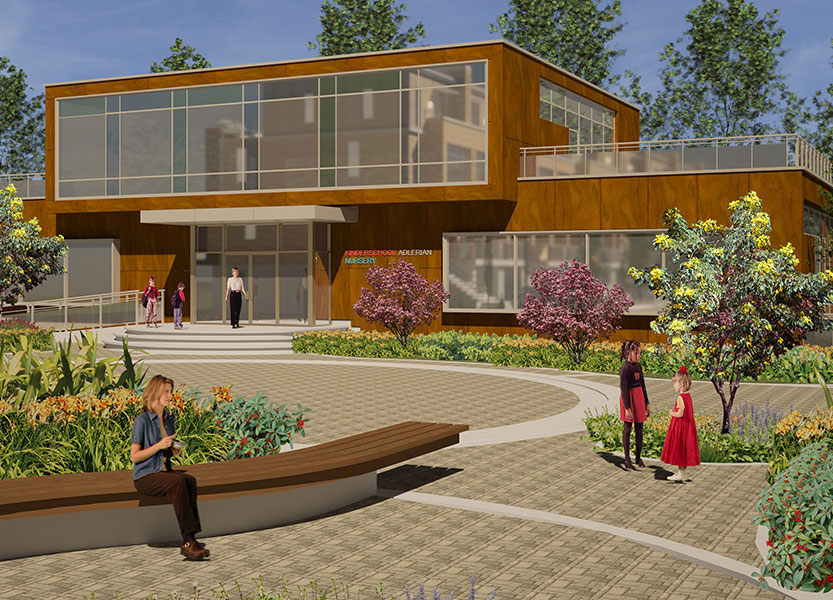 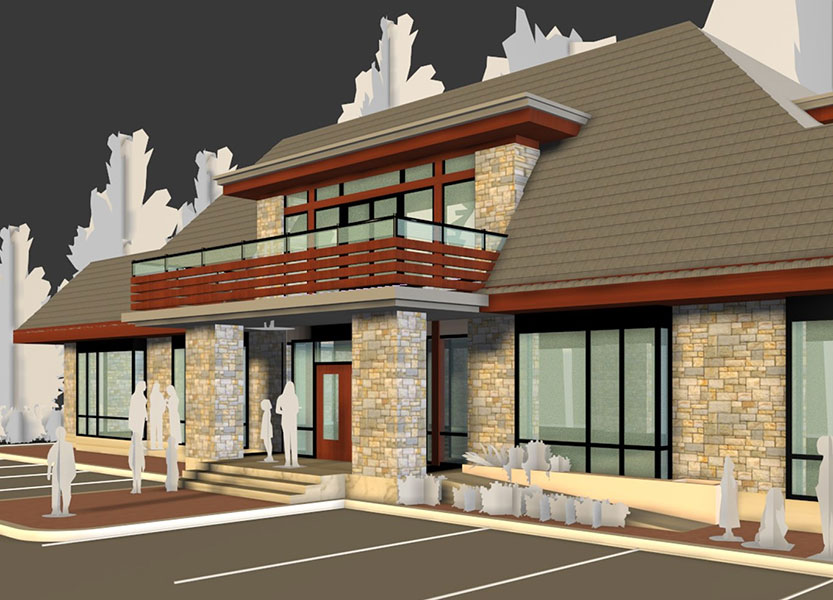 The Trellis development proposal designed by Steve Poulos incorporates a unique cluster of Townhomes supported by individual geothermal heating and cooling systems while being insulated using a soya based high density foam. The design provides generous balconies and terraces for increased open space and street related social interaction. An originally featured Day Nursery integrated on the site for future consideration was designed by affiliates Julian Jacobs Architects for Kinderschool Adlerian Nursery. Implementation options include solar readiness and an advanced storm water management system for irrigation of the landscaped parkette. 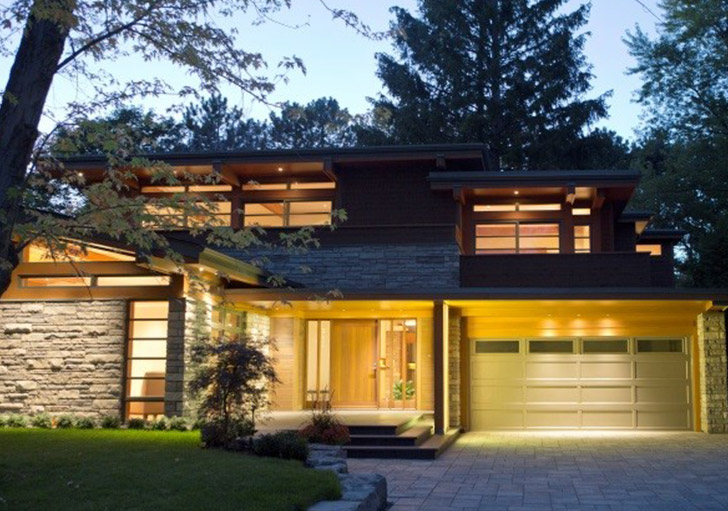 GWPT delivered the first LEED certified home in Don Mills, Toronto. The home is equipped with in-floor heating served by a Canadian designed all in one hydronic output HVAC with mini boiler and Heat Recovery Ventilator. The 2 spruce trees provide some of the cooling power along-side a convection flow stair shaft with an automated roof vent. The root mass of the 2 spruce trees that now lie beneath some of the structure are irrigated via rain water leaders while other storm water is directed to a dry river bed swale. Each of the 82 windows and glass doors are protected by trees or by generous eves to minimize heat gain.

The following urban vision proposals represent design aspirations to help guide current development opportunities.While these design visions represent ideals that are illusory in an absolute sense, they help to foster planning scenarios that can become absolutely real. These kind of visions have aided in the birth of technologies such as the BEAR system. Our technologies and vision plans represent the two book-ends of our design spectrum.

Ecologos and the Universarium project helped to inspire Steve Poulos, and GWPT to re-conceptualize Ontario Place as an ecological urban redevelopment. The proposal was submitted to X-Place as an Ontario Transportation and Energy Renaissance Expo.

Over 12 MW of Renewable co-generated energy are proposed to be produced on site. Advanced greenhouses, vertical axis windmills and automated public waste and recycling receptacles as shown at right aim to inform and demonstrate urban utility solutions.

For a full understanding of the Toronto Water West proposal download the PDFs here. 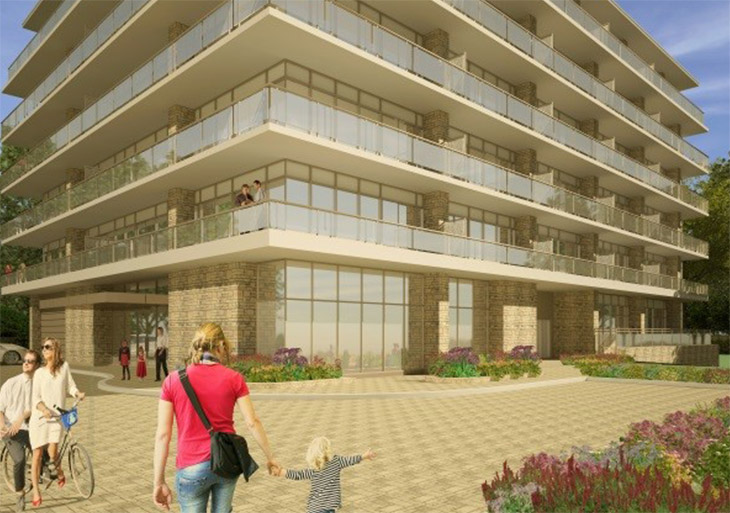 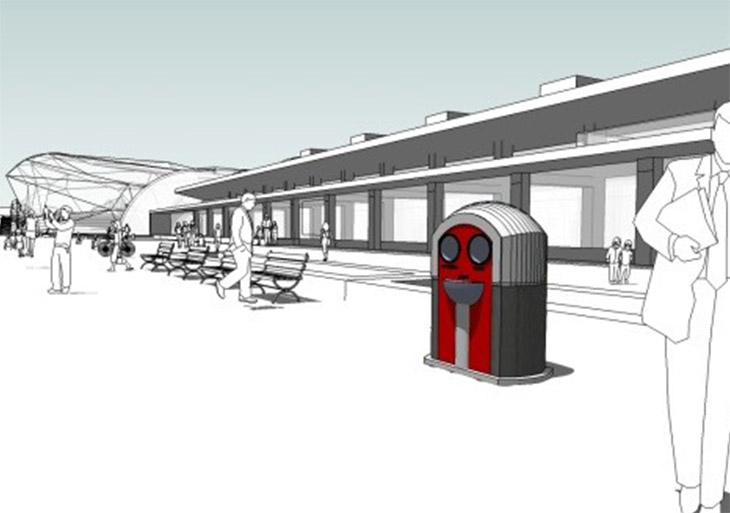 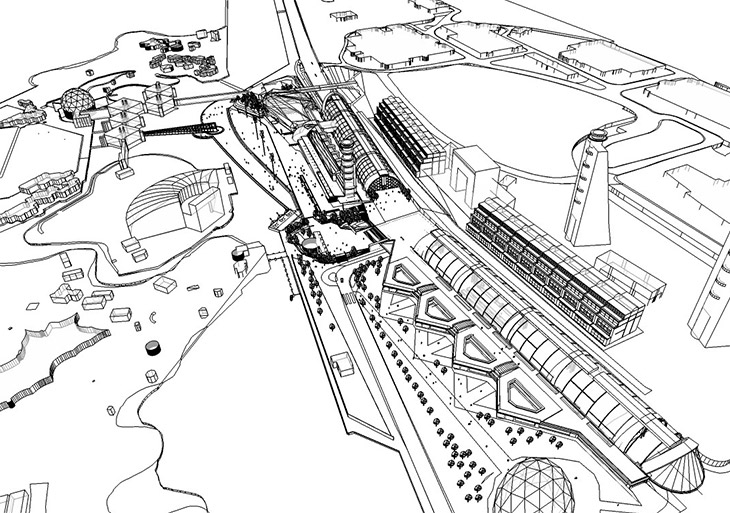 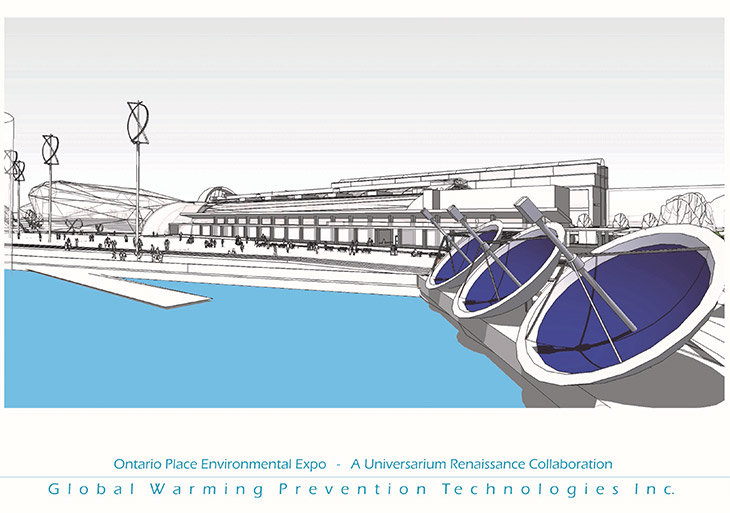 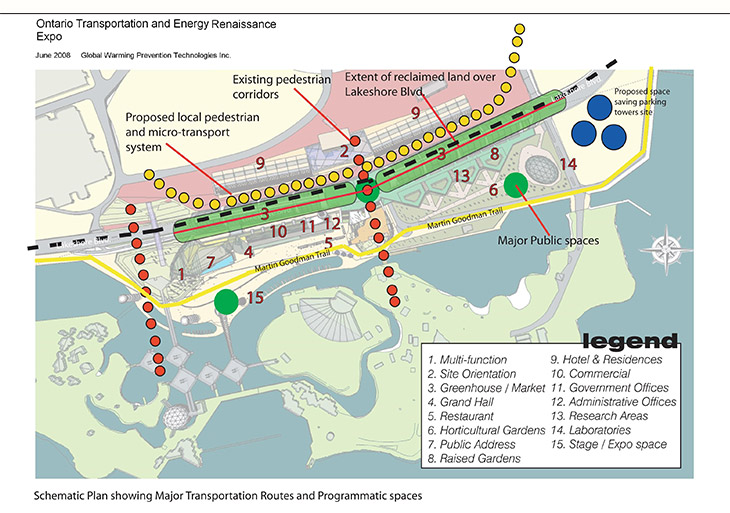 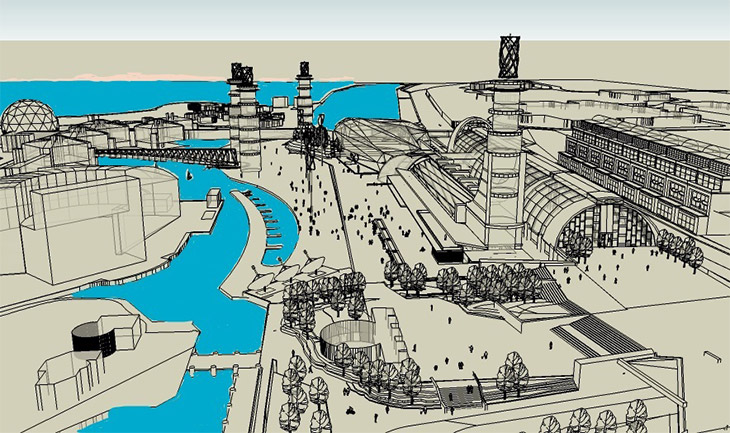 The CSSS formed many of the founding principles of GWPT. The concept proposed by Garry Nixon for the Toronto Industrial District Portlands introduced the idea of incorporating renewable energy, thermal industries and greenhouse developments of scale with fossil fuel energy having optimal emission controls, waste and water treatment, all within an urban park setting. The proposal drew a Preview 2000 Award from the NRC and the Canadian Construction Congress in the early 1990’s. Illustrations by David Ball and Steve Poulos. 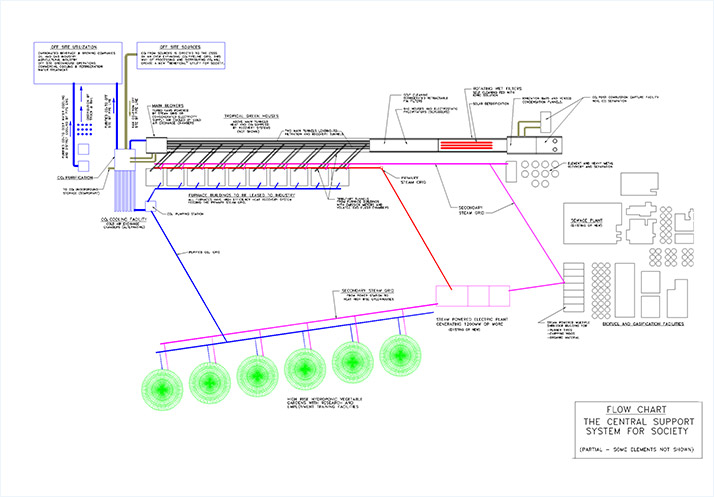